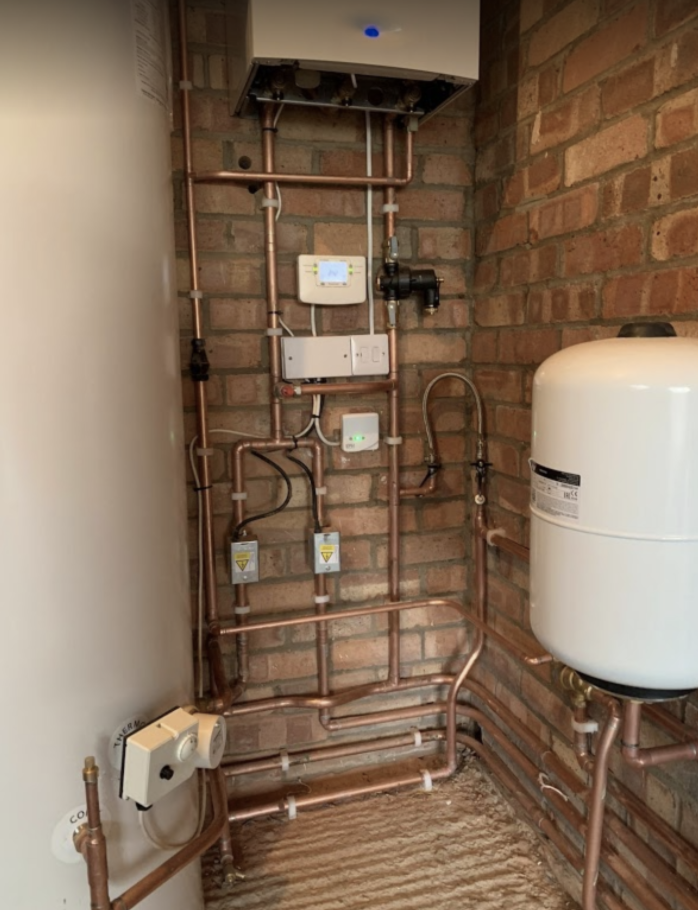 We received a call 2 days ago from a customer in Lower Wick, WR2. They were having issues with their boiler but did not know what the source of the problem was. On the phone, he informed me that they were experiencing rumbling and whistling noises from their boiler. I asked if it sounded like the noise from a kettle and he said that it did. This meant that it was kettling that was causing the issues.

They were interested in whether this was dangerous or not. I said that sometimes it can be dangerous. However, they had spotted the noises early on and therefore the situation was repairable.

I explained to them that ideally, the water inside your boiler should not boil. The speed at which the water passes through the flames prevents this from happening. However, when there is a blockage in the system, the water moves along slowly and the water can start to reach 100 degrees and make noises similar to the sound of water boiling inside a kettle. We booked for our team to come and inspect their boiler the next day.

When I arrived and looked at their boiler, I knew that it was due to a build-up of sludge blocking the system and raising the temperature of the water inside. This is most likely caused by a build-up of magnetite – an iron-based chemical that wears off the insides of radiators. To fix the issue, I took apart the heat exchanger and scrubbed it clean. This cleared the blockage s that the water flows through and does not overheat.